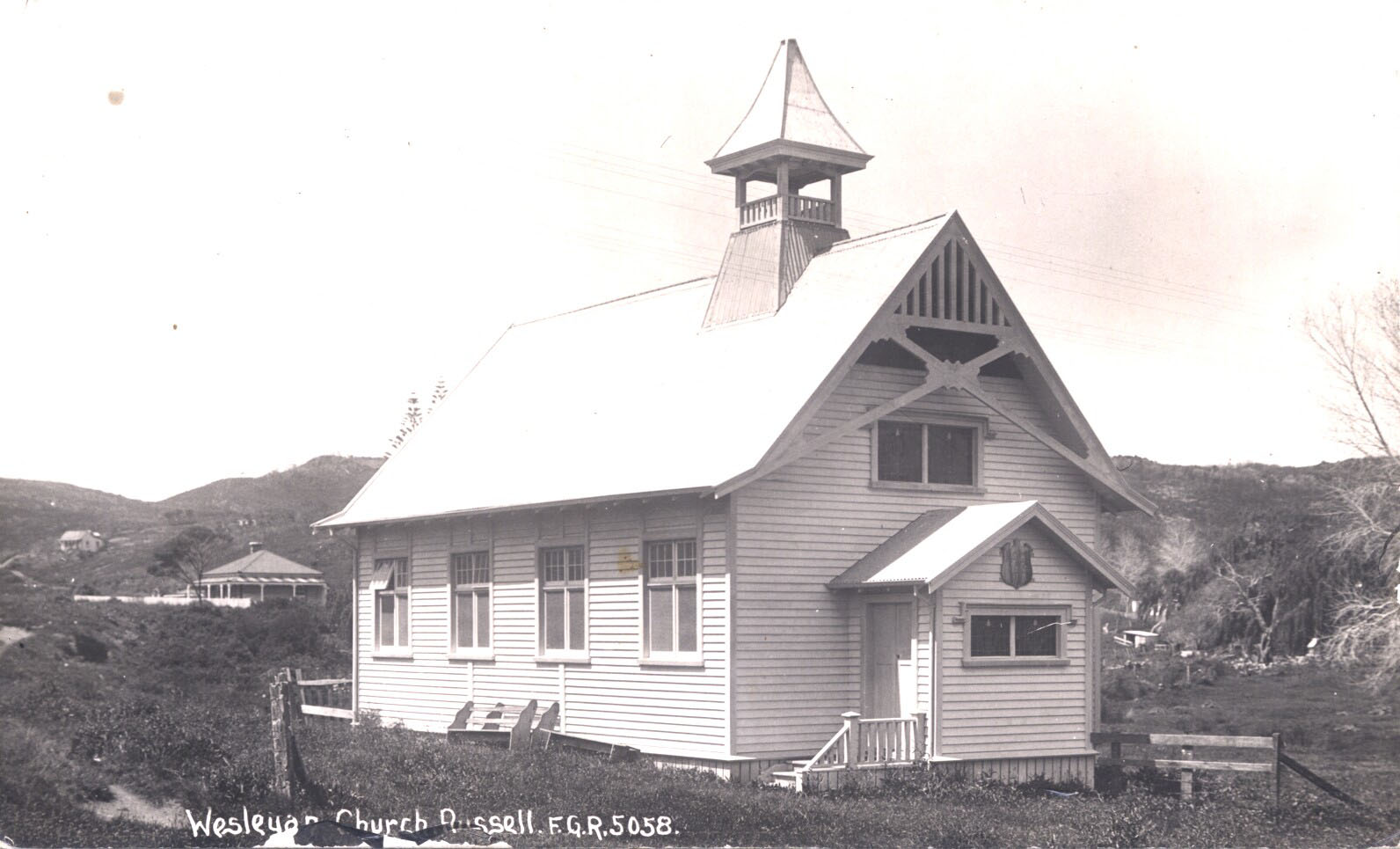 It doesn’t have any bullet holes like its famous older cousin, but the Methodist Church never-the-less has a wonderful rich history.  Early Methodist history records the Wesleyan missionary Rev. Samuel Leigh visiting New Zealand in 1819. Seeing a need to establish a Methodist mission in the Bay of Islands he returned to England and pleaded with the Wesleyan Methodist authorities to send a missionary to New Zealand. Rev. Leigh was dispatched as that missionary and in 1822 he established a church in Paihia. Methodist services were soon being conducted at Kororareka in the open air, inside the palisades of what was to become Rewa’s pa, at the south end of Kororareka’s foreshore. Attendees were Maori and often, not so willing seamen.

Much later through locals such as William and Horace S. Williams, convert John B. Williams and a supportive community who donated their time, money, services and furnishings such as the carpet, pulpit hangings, pews and kerosene hanging lamps, the Methodist Church was built. The architect Mr Wiseman of Auckland gave his services free of charge and the church was built by Mr Deeming. The original fibrous plasrter panels and oiled rimu batten interior have survived in excellent condition. The belfry (photo) however did not. It was removed in 1930-32 as it caused the roof to leak.

In 1957 a hall, originally a billiard saloon and then the Russell Swordfish Club office, was added. Sunday school classes, church and community activities were held. The first service took place after its dedication by Rev. G. Bond on Saturday 19thg April, 1913 and regular Sunday services have been held since.