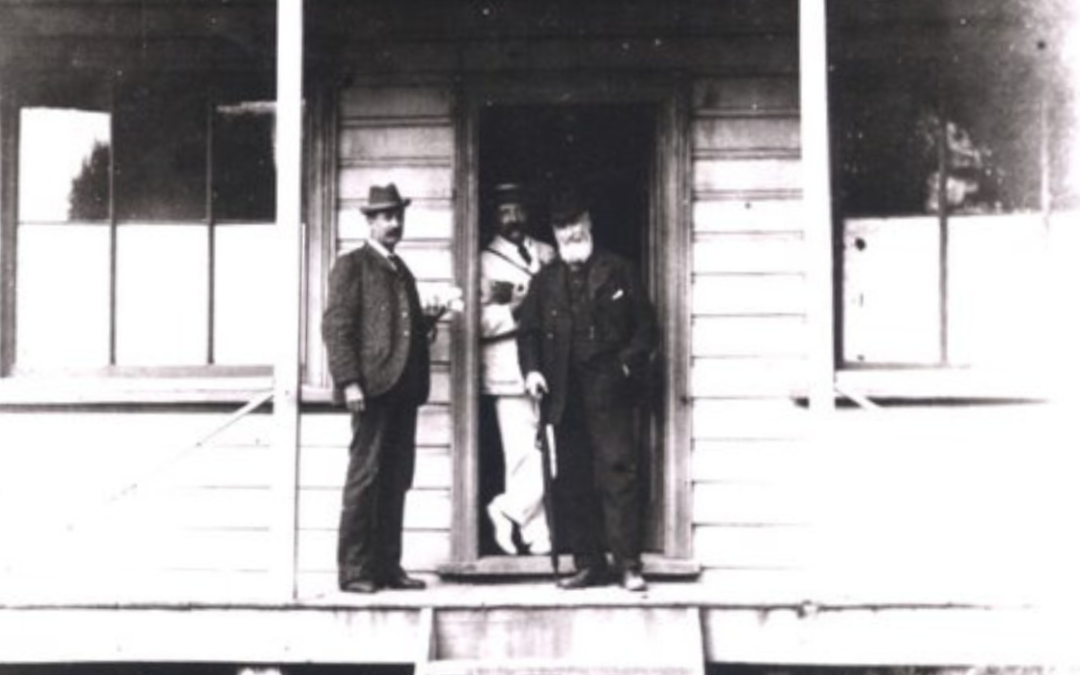 It’s hard to believe that our very own Russell lights is some 25 years old. Started by Jacqui Knight, Russell Lights was published by the community organisation Enterprise Russell, featuring articles written by Russell people for Russell people. There have been many changes and the occasional struggle along the way, but thanks to Resilient Russell picking up the publication, it is still going strong.

However, Russell Lights was not the first community newspaper in the area. In 1879, a Scotsman Francis McKenzie registered and established the Northern Luminary with the first edition being printed in April 1879. Initially focused on Kawakawa, it was renamed The Bay of Islands Luminary and Hokianga, Mangonui and Whangaroa Counties Gazette in 1910 and continued being published until 1951. Sadly, there are no scanned copies of the newspaper on Papers Past, but Russell Museum has copies of the original newspapers from the 1880s and clippings of articles covering events in the Russell community.

Printed in Kawakawa by owner/editor, a Scotsman Mr Francis McKenzie, the Northern Luminary built up “a good circulation in the northern districts”. Perhaps this was due to its weekly Public Notices or community events reporting, or the fact that the Luminary had a good deal to say about the mineral resources of the area, including coal in Kawakawa, manganese in Russell and silver at Puhipuhi. It also had a lively coverage of politics with reports of candidates at public meetings around the district including some lively letters to the editor, a writ for £1,000 being served on McKenzie for libel in 1905 and plenty of opinions being aired.

The Bay of Islands Country Council, which held its first meeting in Russell on 9 January 1877 also provided plenty of material to report on, with plenty of letters received from “Indignant Ratepayer”, Anti-Humbug”, “Pro Bono Publico” and others. According to Marie King, one of the first major Council rows that stirred the Luminary office and the whole community for that matter, was the great Russell Wharf Shindy. The story may seem remarkably familiar, with ratepayers revolting against the allocation of £600 funds towards the Government owned Russell Wharf when the much larger community of Kawakawa received a mere £150. More importantly once the railway reached Opua, the Russell wharf would become a white elephant. The £4,000 government grant was recut by Councillors to remove the Russell Wharf, leading to a revolt by the Russell Councillors. The Luminary agent Earnest Ford recommended local subscribers cancel their subscriptions, most of whom did, and an effigy of the Council Chairman Henry Williams was burnt at the end of the wharf, nearly destroying the structure entirely. Eventually the funding was reinstated, but not before the Luminary publicly disowned their Russell agent.