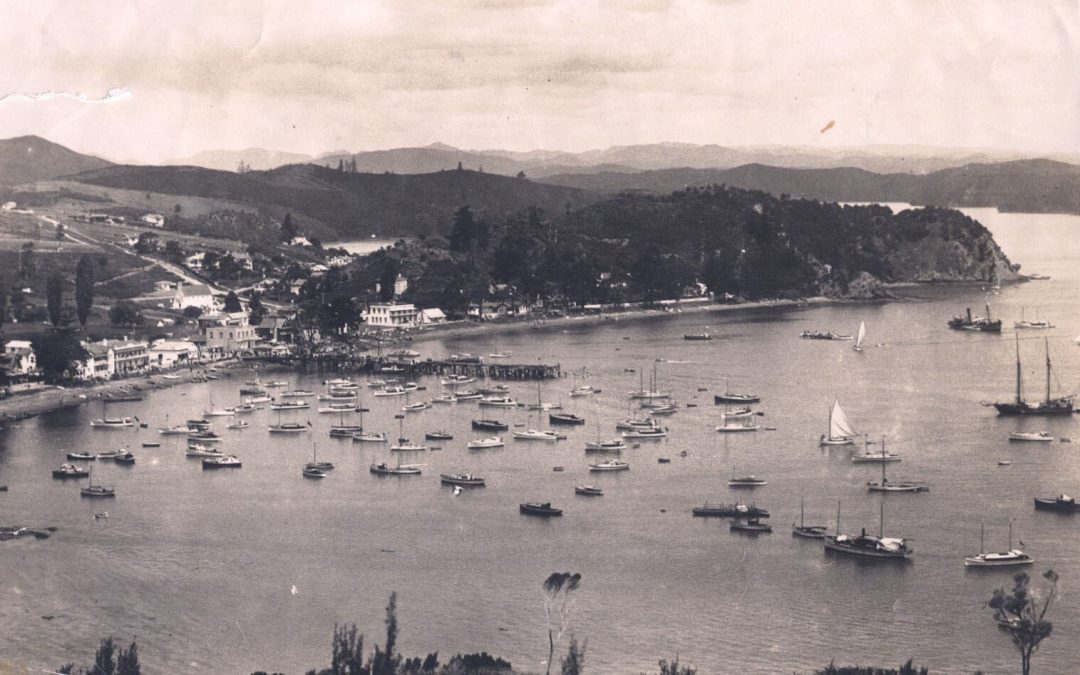 This weekend sees the 40th Coastal Classic Race arrive in Kororāreka Russell, but the bay has hosted many regattas in the past. Early written records of the Bay of Islands describe waka and longboats racing, enjoying and testing each other’s abilities. The first formal Bay of Islands Regatta was held in 1842. Regattas were held off Kororāreka Russell into the 1950s. Nowadays there are many events which are based on the water, with this weekend seeing the annual Coastal Classic Yacht Race boats arriving in the Bay. Held annually on Labour weekend since its inception (with the exception of 2021 due to COVID), the boats sail from Devonport Wharf to Russell Wharf in the Bay of Islands.

The first race was held in 1982 and the original concept was the inspiration of Roger Dilley from the then Auckland Multihull Sailing Association (now the NZ Multihull Yacht Club) based loosely on the speed record attempts by power boats dating back to the 1920’s over the same course.

The original idea developed into being a full on drag race with the first boat into Russell being the overall winner. AMSA then put the challenge out to all multihull and keeler owners to join this non-stop race to the bar in Russell, push their boats and crews to the max and overall have an exhilarating fun weekend.

Twelve intrepid skippers and crews took up the challenge and when Roger put the final magic touch to the race by dreaming up the name – the “Coastal Classic” had arrived. The fleet was divided into one multihull division and several monohulls, by length but no handicap. Boats ranged in size from the Peter Williams’ 62 foot Fidelis down to Alex and Mathew Flynn’s 24-foot trimaran Gulf Chariot.

The first boat into Russell for the inaugural race was Krisis, skippered by Duncan (Cookie) Stuart and his record of 18 hours was not broken for 4 years.

This photo shows the Russell Regatta in 1926 with Kororāreka Bay full of boats of all shapes and sizes. When the Coastal Classic boats arrive, the Bay is crowded too, but technology has come a long way since then with hi-tech being the order of day and boats made of many composite and traditional materials, bristling with electronics. For more on the race, visit https://coastalclassic.co.nz