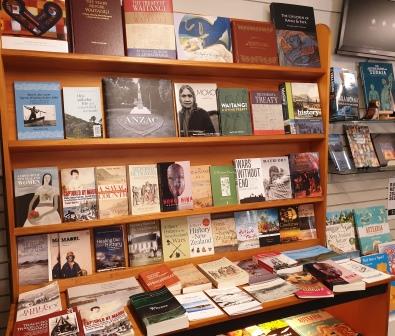 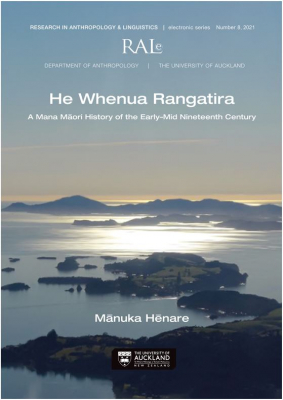 The Māori economy is a powerful player in the New Zealand economy, growing at 5% a year. It’s predicted to reach $100 in assets by 2030, having gone from $16 billion to $70m billion in just 20 years. This follows decades of government policies that first of all destroyed a flourishing Māori economy and then made it virtually impossible to resuscitate it. The late Dr Mānuka Hēnare uses his 40 years’ of research and consultancy experience in the field of Māori and Indigenous business enterprise and development economics, to cast a critical eye over the historiography of the early to mid 19th century in Aotearoa, and its largely European emphases and biases.

As Dame Anne Salmond says in her Afterword; ‘his observations are apt and original, and often surprising…laying the basis for a new kind of historiography based on whakaapa…..and the recognition of Māori innovation and creativity in a new and ever changing world.

His main thesis largely involves the ‘six important events’ he sees as crucial to the process of Māori nation-building. First, the historic meeting between King George IV and the rangatira Hongi Hika and Waikato, and that all important handshake that has echoed down the years and resonates still, particularly in Te Tai Tokerau. Second, the letter sent to King William IV by 13 rangatira from the Hokianga /Bay of Islands areas in 1831. In this they explicitly refer to the particular and discrete authority of their nation in relation to other nations (Britain and France);  and thirdly the arrival of the British Resident for Nu Tireni, the Scot James Busby, who arrived in 1833 and was instrumental in the adoption of the first indigenous flag, known as Te Kara. Hēnare is scathing about the next ‘event’, which Busby was also instrumental in. He Whakaputanga o Rangatira o Nu Tireni of 1835, known as the The Declaration of Independence: how its importance was denigrated at the time and largely ignored since then.

This concatenation led to the final event in the moves towards establishing a Māori nation, the signing of The Treaty of Waitangi. The greater weight and relevance given to the Treaty Hēnare  suggests was both misplaced and calculated to disadvantage rangatiratanga and kotahitanga.

He concludes with a warning, ‘historians should beware of the tendency to write history in terms of winners and losers, citing the dismissive attitude to He Whakaputanga, ‘little credence is given to Māori agency or its place in nineteenth and twentieth century history…rather, the narrative focuses on Māori leaders ceding sovereignty, and consequently their agency…in the British inspired Treaty…Māori become part-time, marginal players in narratives driven by European, specifically British ambitions.’

With this book Dr Hēnare goes a long way to setting right that one-sided and Euro-centric view of the history of Aotearoa/New Zealand, and as Dame Anne suggests ‘laying the basis for a new kind of historiography.’

Only limited copies of the book were printed which means the book is more expensive than usual. The Museum has them for sale at $73.

Become a
Friend of Russell Museum